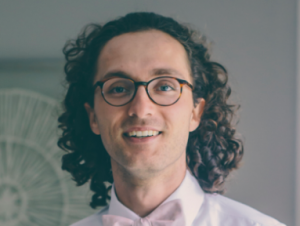 In March, Interise focused the panel survey questions on the topic of the federal minimum wage for hourly employees. First established in 1938 under the Fair Labor Standards Act at $0.25 per hour, the federal minimum hourly wage has grown over the decades in response to changing economic conditions. The most recent in a long line of historic increases was in 2009 from $6.55 to $7.25 per hour for all covered, nonexempt workers. Progressive support for an increase to $15 per hour has been growing and recently came to a head this winter when Democrats tried to include it in the American Rescue Plan coronavirus relief legislation. More recently, we have seen rising hourly wages as businesses seek to hire more employees again to meet renewed demand.

Debates about increasing the minimum wage and the subsequent economic implications of doing so have been recurrent and contentious. Hypotheses about the effects of raising the federal minimum wage, both for and against, are plentiful and rely on many assumptions which makes them difficult to test at scale. However, one thing proponents and opponents have in common in their arguments is the centering of small business employers and the impacts of rising labor costs. Given their outsize role in hiring and economic activity, small businesses are central to this conversation yet are often drowned out by other voices.

When respondents with hourly employees were asked about how they would adapt their business to $15 per hour minimum wage,

We asked respondents to look broadly into their industry and to explain how they think increasing the minimum wage would affect small businesses in their market. We grouped the responses thematically and the largest proportion of respondents described decreased staffing, decreased profits, or increased prices. One such respondent said “This will force us to increase our min wage above the minimum in order to stay competitive and keep employees. However, this will also impact finances and inhibit our ability to maintain proper staffing levels. If we were to increase our prices to offset the pay increases, so far we are getting strong pushback from our customers and we risk losing business.”

Another common theme among respondents was they thought there would be very little or no effect, predominantly because hourly workers are already earning at least $15 per hour. Other response categories included a minimum wage increase being worth the cost to help employees, making small firms less competitive with big firms able to absorb the increased costs, and adverse or no positive effects due to the economics of increasing wages leading to increasing costs.

As the minimum wage debate continues, we know there is no easy answer. We at Interise are committed to amplifying the voices of small business owners across the country to ensure their important perspective is heard as part of this national conversation.

Interise’s Small Business Panel Survey has been collecting real-time insights from a diverse group of business owners across the US since early 2020. About once a month we send a brief survey to this group asking about things such as changes in revenue and employee count over time, the small business ownership experience, and sentiment on topics important to business owners. The longitudinal panel survey complements Interise’s program and impact evaluation systems by providing an opportunity to be more flexible, current, and frequent.