In honor of Juneteenth, it’s time to create the next Black Wall Street 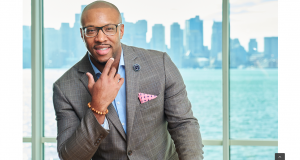 The end of slavery became official 156 years ago.

The obscene economic and wealth disparities of African-Americans today are a direct failure of policies and actions taken through slavery to the present day.

One hundred years ago, an angry white mob destroyed property, committed murder and eradicated “Black Wall Street” in Tulsa, Oklahoma. That act alone, eliminated the possibility of generational wealth that could have been enjoyed for generations to come since that tragic event. The estimated loss is around $60 billion in today’s dollars.

While remembering Tulsa, we can’t forget the other promising hubs of Bblack entrepreneurship and finance like Jackson Ward in Richmond, VA, which was coined the epicenter of Black finance, or Durham, North Carolina’s “Black Wall Street”, in which 4,000 families and 500 businesses were displaced, resulting in a loss of $300 million in potential generational wealth.

“History, despite its wrenching pain, cannot be un-lived, but if faced with courage, need not be lived again.” – Maya Angelou

On this Juneteenth, the need for economic mobility for African Americans continues to be the most pressing need in our country.

We need to reimagine Black Wall Street for the purposes of today’s America, creating multi-generational legacies and focusing on creating opportunities around burgeoning business. These efforts are to ensure there’s adequate capital and the ability to create business sustaining procurement opportunities.

In 2021, Interise collaborated with two chamber organizations in Delaware & Kentucky in an effort to create lasting economic mobility and create opportunities for generational wealth. A program with Greater Louisville Inc  titled “Power to Prosper” is a Minority Business Accelerator powered by Interise. The program focuses on creating racial equity and kicked off on the anniversary of the killing of Breonna Taylor in March.

The Delaware Black Chamber of Commerce’s program entitled “Enrich Delaware!”,  is a Minority Business Initiative powered by Interise. The program will launch later this summer and will be discussed during the chambers “Juneteenth Celebrate Freedom” event held on Juneteenth in Delaware.

Let’s all imagine the opportunity to rediscover and revitalize what should have been the blueprint for creating wealth in America, and to make sure we never forget the pain and suffering of so many who simply tried to provide a higher quality of life for themselves and their families for generations to come.