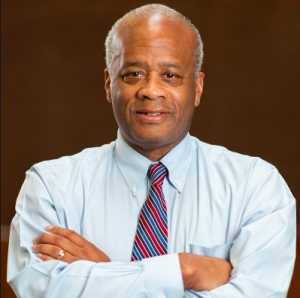 Juneteenth is the oldest black national holiday that celebrates the ending of slavery in the United States. On June 19, 1865, a Union General rode into Galveston, Texas, to announce that the Civil War had ended and slaves had been freed. This occurred 2 ½ years after the signing of the Emancipation Proclamation, and 246 years after the first slave ship arrived in Hampton, Virginia.

I think of the slaves who arrived in 1619. And of my ancestors freed on Juneteenth as a story of hope and achievement that started before we reached these shores.

There is a belief that when the first ship filled with slaves reached shore we arrived lacking skills and with no concept of what it took to run a business. Nothing could be further from the truth as Juliet Walker points out in her book The History of Black Business in America, we were taken from a thriving and sophisticated black economy.

The production of goods and trade in West Africa was significant. Walker points out commerce and wealth was part of our culture. It was standard practice to use land to finance debt. Let’s think for one second about the challenges that we face now in black America.  A Lack of homeownership or ownership with little value due to redlining is a problem that we face today. Blacks had that wealth in pre-colonial Africa.

But throughout history, we continue to see Blacks in America pursue entrepreneurial endeavors. We were developing land and producing crops, selling those crops, and eventually purchasing the land.

After the end of slavery, we again show our tenacity by starting businesses in livery, blacksmithing, farming, and so on. Pulling from that same entrepreneurial spirit that has been with us from the beginning.

But throughout history, we continue to have to overcome challenges, often violent, in starting and growing our businesses.

This year we honor those businesses and families of Greenwood, a section of Tulsa that was once called the Black Wall Street ,that was destroyed during the Tulsa riots. Overall, losses included 191 businesses, a junior high school, several churches, and the only hospital in the neighborhood. The Red Cross reported that 1,256 houses were burned, and another 215 were looted but not burned. In one night in 1921, a whole community was destroyed.

But as George Fraser says, “Success Runs in Our Race.”

The title of Mr. Fraser’s book reminds me of Cheryl McKissack. Cheryl is a fifth-generation owner of the McKissack & McKissack,  a 100-year-old construction business. A speaker at last year’s Interise 2020,  her family’s story goes against all business odds. The tradition of working in the building trade dates back to Moses,the first McKissack family member in this country, who was kidnapped from his home in West Africa and put to work as a slave in the brick-building and construction business. This business was handed down from generation to generation. Centuries later, McKissack & McKissack secured a leading role in the $7 billion JFK Terminal project.

With Cheryl and millions like her, we have come so far since the first slave ship arrived in Hampton, Virginia. Today, Black business creates 1.3 million jobs and gives 127.9 billion dollars back to our communities. If we eliminate disparities, we will add 9 million jobs and boost the national revenue by $1.3 billion.

When I celebrate Juneteenth this year, I think of those who have come before me to create an economy that works for all. Those who had a dream of helping their family and community by starting a small business.

I congratulate the US Senate for passing a bill making Juneteenth a national holiday and recognizing the wrongs of the past in America. But we cannot rest, there is still more work to do.

Today we need your support more than ever.