Black History Month: What Toni and Tidye Taught Me

This blog is a part of a series of social media and blog posts during Black History Month where we share stories— a piece of black history and/or culture —from our staff and network. 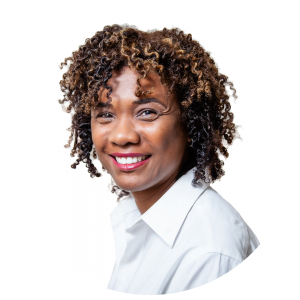 The power of language.

I’ve contemplated this statement frequently this past year. It was a phrase used by one of America’s most influential writers, Toni Morrison, who passed away in 2019. Her loss was significant for me as I had the privilege of calling her professor for a brief time. Professor Morrison arrived at Princeton soon after her novel, Beloved, was published.With Morrison, there was an ongoing dialogue about the power of language. “If there is a book that you want to read, but it hasn’t been written yet, you must be the one to write it.”She was precise and challenged us to give voice to stories we would want to read.

While most people know Wilma Rudolph’s extraordinary accomplishment of winning three gold medals in the 1960 Olympics, few know of Tidye Pickett and Louise Stokes who represented the United States in the 1936 Olympics. They were two of the 18 African American athletes that competed in Berlin that year.Tidye was the first African American woman to qualify for the US Olympic team by finishing second in the 80 meter hurdles at the trials. Louise and Tidye were also part of Team USA’s relay pool in the1932 Los Angeles Games, but were denied spots on the team that won the gold due to race. Ironically, Tidye would later compete for the first time in Nazi Germany in the hurdles, advancing to the semi-finals before injuring herself. Neither she nor Stokes would come home with a medal.And only one of those 18 athletes would receive publicity — Jesse Owens – although those African American athletes accounted for nearly a quarter of the 56 medals captured by the US team. In Berlin, Tidye competed and lived in the racially integrated Olympic village before returning to a segregated America where she would become a teacher. With no Olympics in 1940 or 1944, Tidye and Louise had no further chances to medal.It would be 1948 before an African American woman, Alice Coachman, would win gold in the high jump.

Before there was Allyson, Delilah and Michelle, there was Tidye, Louise and Alice. Their stories are American stories and have gone untold for too long. Theirs are stories of strength and determination in the face of the dual effects of racism and sexism. If indeed the future depends on our understanding of the past, the intersectionality of gender and race is a narrative we need to explore. Today we know that sports has been a pathway for women to corporate leadership roles, as 80% of female Fortune 500 executives played sports according to an Ernst & Young study. Yet, black women, the most educated population, are underrepresented among recipients of Title IX benefits, and participation in corporate leadership, venture capital and wealth creation.

By telling the stories of these black women, I have finally accepted the challenge presented by Professor Morrison that fall in the 80s. Tidye’s story provides clarity and context for modern day stories of perseverance and resilience. More importantly, and something I suspect Professor Morrison knew, my use of language to craft this story is in itself a means of forgiveness and gives me hope that I can somehow positively influence future stories.